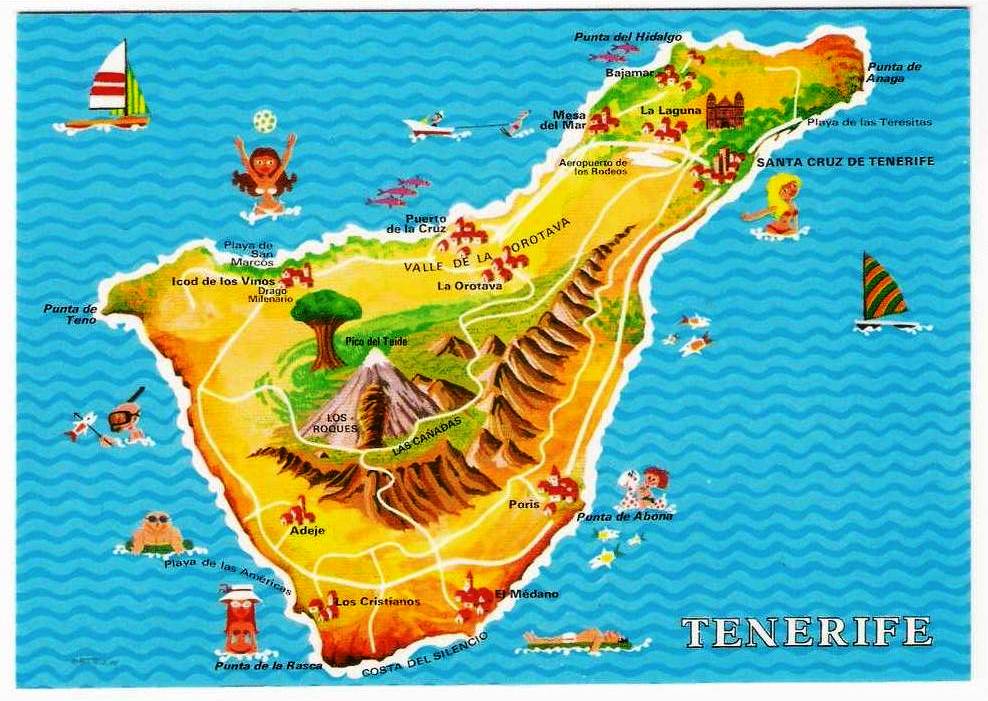 August 4, 2017By Tenerife HostPosted in Life in Tenerife

What’s Tenerife? Tenerife is the largest and most populated island of the seven Canary Islands. It is also the most populated island of Spain, with a land area of 2,034.38 square kilometres (785 sq mi) and nearly a million people living here what gives us a  43 percent of the total population of the Canary Islands. Tenerife is the largest island of Macaronesia and it has phenomenal weather – known as the Island of entire spring. And it’s amazing, because in Tenerife you can choose the weather moving through 7 different climate zones and the temperature differences could be from tropical climate by the coast on the South of the island to freezing temperatures and snow in the heart of the island. That means you need 20 minutes up to 2 hours by car to go into the different climate zone, weather and scenery. This makes the island a paradise for tourists, because the have a a lot of things to do in Tenerife.

There are approximately six million visitors travelling to Tenerife each year. It is one of the most important tourist destinations in Europe and the world. Tenerife hosts one of the world’s largest carnivals and the Carnival of Santa Cruz de Tenerife is working to be designated as a UNESCO World Heritage Site.

The island is home to the University of La Laguna; founded in 1792 in San Cristóbal de La Laguna, it is the oldest university in the Canaries. A UNESCO World Heritage Site, the city is the second to have been founded on the island, and is the third of the archipelago. The city of La Laguna was capital of the Canary Islands before Santa Cruz replaced it in 1833.

Teide National Park, a World Heritage Site in the center of the island, has Teide, the highest elevation of Spain, the highest of the islands of the Atlantic Ocean, and the third-largest volcano in the world from its base. Also located on the island, Macizo de Anaga since 2015 has been designated as a UNESCO Biosphere Reserve. It has the largest number of endemic species in Europe.